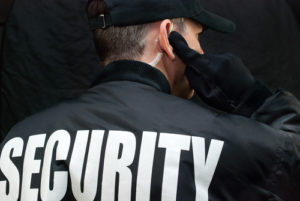 Why is security so important when all I’m doing is blogging?

Who would care about my site?

We hear stories all around us about sites getting hacked. Big sites. Not your site, right?

Breaking in Can Be Devastating

Let me tell you about George. He has a hobby site, viewed by people all over the nation and perhaps the world.

He doesn’t sell anything on his site. He simply shares pictures and communicates with people who have the same interests.

Why would anyone want to attack his site?

One day George went into his site to add some pictures after having been on vacation for a couple of weeks. He couldn’t access his site. Clearly he had been hacked.

He contacted me to fix his site. It hadn’t been backed up for two years and he had added a lot of content in that period of time.

We had a couple of options.

He chose to have it cleaned. It was an expensive decision since it costs hundreds of dollars. But it meant so much to him and his followers that it was the only decision he felt he could make.

We’ve all been in a situation where we could have chosen to prevent a possible disaster. No decision is a decision.

And then it does.

We get in a car accident but don’t have insurance. We get a toothache but haven’t visited the dentist in years.

Matt Mullenweg once said, ” Upgrading is taking your vitamins, fixing a hack is open heart surgery.”

By taking some steps to protect your site, you can greatly reduce the odds of your site being attacked.

What are YOU doing to protect your site?

Have You Heard About Using Strong Passwords?
When Was the Last Time You Backed Up Your Site?
How Important is it to Update WordPress?