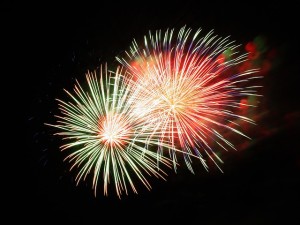 What does Independence Day mean to you?

A day off from work? Fireworks?

It’s a federal holiday commemorating the adoption of the Declaration of Independence on July 4, 1776, by the Continental Congress declaring that the thirteen American colonies regarded themselves as a new nation, the United States of America, and no longer part of the British Empire.

For Americans, it’s a day to celebrate. It’s all about fireworks and picnics and family gatherings.

Independence Day is a time to celebrate freedom.

What is freedom to you?

We are one of the few countries, if not the only who uphold the freedom of speech. While we may not like what someone else says, we have the right to say it. We won’t be imprisoned for it.

We also embrace freedom of religion. Many people in other countries have to meet secretly to worship and do so in fear for their lives. We are so fortunate in America that this doesn’t happen.

Many countries would be shot for assembling, but not in America. They may be contained if they get rowdy and threaten violence, but we have freedom of assembly.

But freedom comes with a price. And it could be taken away if we don’t stand up for it.

I love the following quotes:

Freedom is never more than one generation away from extinction. We didn’t pass it to our children in the bloodstream. It must be fought for, protected, and handed on for them to do the same.”–Ronald Reagan

We hold our heads high, despite the price we have paid, because freedom is priceless.” –Lech Walesa

What or for whom would you be willing to die for? Have you thought about it? Your child? Religion? Freedom?

I’d love to hear your thoughts.

Favicons: How to create them and stand out
Social Networking Productivity
My Security Plugin Recommendation