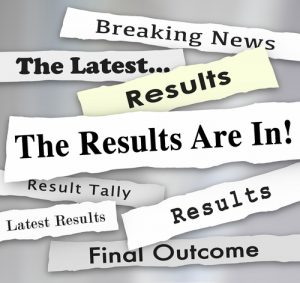 Recently, Wordfence conducted a survey of the WordPress community to see what they know about hacked websites. The responses came from 1,605 who had at least one site hacked in the past year.

Roughly half indicated Google had flagged their site was hacked or contained malicious content. Obviously, we can’t rely on Google to alert us to a hack.

On the hand, if you move quickly to clean up your site before Google notices, you can potentially avoid an impact on search engine traffic. This tells me there is great value in having software on your website that scans your site for malware.

Impact of a Hacked Site on Traffic

Furthermore, for people who reported their sites being flagged, there was a much greater drop in search engine traffic: For people flagged by Google, 77% of them saw a drop in traffic compared to the average of 45%.

Conclusion: The impact on traffic is greater if Google flags your site as hacked.

The lesson: Don’t get hacked and if you do, scramble to fix it before Google notices.

Will Your Traffic Return to Normal?

Nearly half of the respondents indicated that their traffic NEVER returned to normal! this means that sites that are hacked and penalized by Google suffer a long term penalty on their rankings.

The lesson: Do everything you can to protect your site from being hacked in the first place.

How Long Does it Take to Recover From a Hack?

Roughly 40% were able to recover their sites within a day. Was this because they had a good backup that would allow them to quickly restore their site?

The average time was a week!

We urge you to review your website backup approach. Ideally you should be taking automated backups frequently, storing them off site and retaining them for as long as is feasible. Nothing makes recovering from a hack easier than having a recent site backup available.

There’s more to consider than just the actual cost of getting back up and running.

They can cost you lost revenue, as well as impacting your reputation with your customers.

Cleaning a hacked website takes time away from what you would rather be doing, namely building your business.

Your best course of action is to do everything you can to avoid getting hacked in the first place, something we are very passionate about here at Solo Web Solutions.

Don’t wait until you’re hacked. Be proactive by putting some security measures in place. We offer Peace of Mind Care Plans that can literally give you peace of mind.

Who is Allowed to Access Your WordPress Site?
Why You Need to Backup Your Website
Security Analyst Interviewed